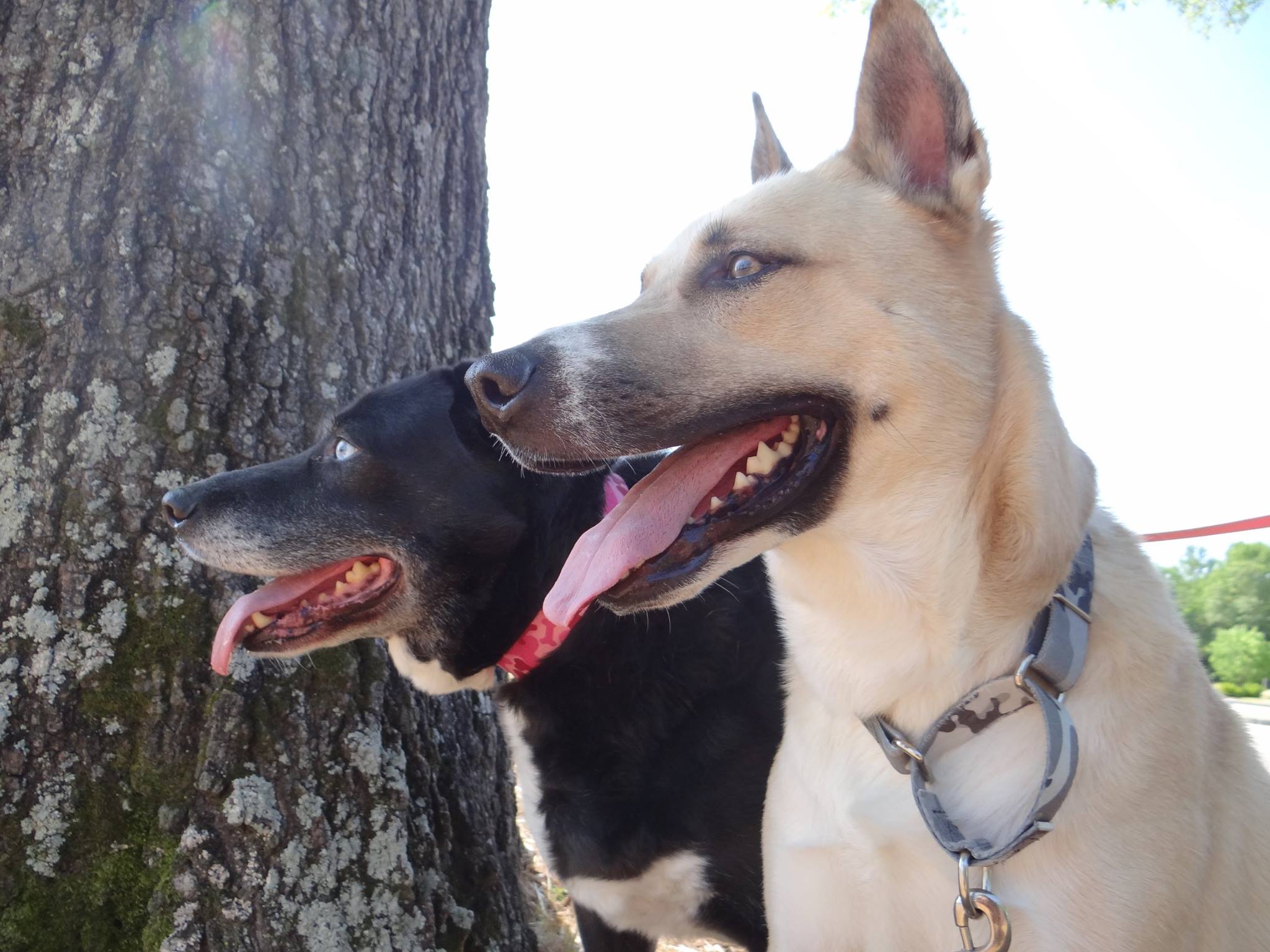 I had just moved into an apartment and decided my dog, Nyx, who was used to having free-reign of my parents yard, the neighbors yards and doggie friends to play with, just looked completely bored all the time. I took her to the apartment’s dog park, but she didn’t really make friends there, and I didn’t either.

So I decided maybe it was time to add another dog her age to the family. My boyfriend also wanted his own doggie to love. I looked all over every shelter site near me, and found a few we liked, and one I inquired about. I was told his foster actually wanted to keep him, and I couldn’t have him. So, I kept searching.

I went to a nearby groomer to have Nyx’s nails clipped, and they had an adoption event going on. I ended up falling for one cute pup, but Nyx didn’t like her at all. The current dogs opinion is always very important when deciding to adopt a new pet.

Skip ahead through hours of how I got to it, but I ended up finding a death row ‘cry for help’ website (Petango), and found three dogs my boyfriend and I liked. Two were young, and I knew they would be adopted quickly. So I quickly inquired about the older one, who was actually only a year old. The rescue group, H.E.A.R.T., set up to pull him out of the municipal shelter (believe it was Kershaw County Animal Control) replied very quickly and we discussed how the process worked.

So the rescue had pulled him from death row at this kill shelter, gave him a full check up, updated him on vaccines, microchipped him and started him on heartworm prevention as well as treatment for the worms and kennel cough he had. (He was already neutered.) They told me the adoption fee was $250. To be honest, I choked a little when I read that amount. Even though this was way more than I expected, I thought about it for a minute. This young dog could have been walking into the euthanasia room now, and this rescue pulled him specifically for me, without knowing me or knowing if I would even adopt him and they still did all that vetting for him.

So, I paid the fee and skimped on the next months groceries.

He and Nyx also got along great within seconds of meeting at the rescue. It was best friends at first sniff!

After bringing him home, Nyx wasn’t as playful as she had been in “neutral territory.” Our house was her territory, and who is this guy to think he can just waltz right in? He also had some issues: food aggression, separation anxiety, ran everywhere and pulled on the leash all the time, didn’t listen very well, and had a few accidents in the house. Not to mention he helped himself to my plate of spaghetti once!

The first few weeks were the hardest part, just working with him and overcoming these problems. There were times I wanted to give up and just take him back, but I couldn’t do that – I didn’t want to do that.

I am glad we didn’t give up on him, because he proved to be a fantastic dog, highly intelligent and sweet as can be. He and Nyx can eat in the same room, he doesn’t cry as bad when he is left alone (he has destroyed a piece of my carpet, door frame and two crates by the way), and never has accidents inside any more. As for obedience, he learns very quickly and can master any task with only a couple of repetitions.

Overall, he was worth it, and he and Nyx are the best of friends.